Frank was steady, affectionate, and game and a true Welshman in appearance — “sturdy, compact, and rugged, of medium size with a coarse wire-textured coat.” Pam was his favorite person in the world and he could often be found snuggled close to her with his head on her shoulder or licking her face. Once he got his human fix, he’d go off on his own, resting in his crate or scanning the landscape, looking for possible intruders. Frankie, who was born in one of our last litters before we left New Jersey, was named for Frankie Valli and the Broadway show Jersey Boys. Frankie passed November 22, 2019. 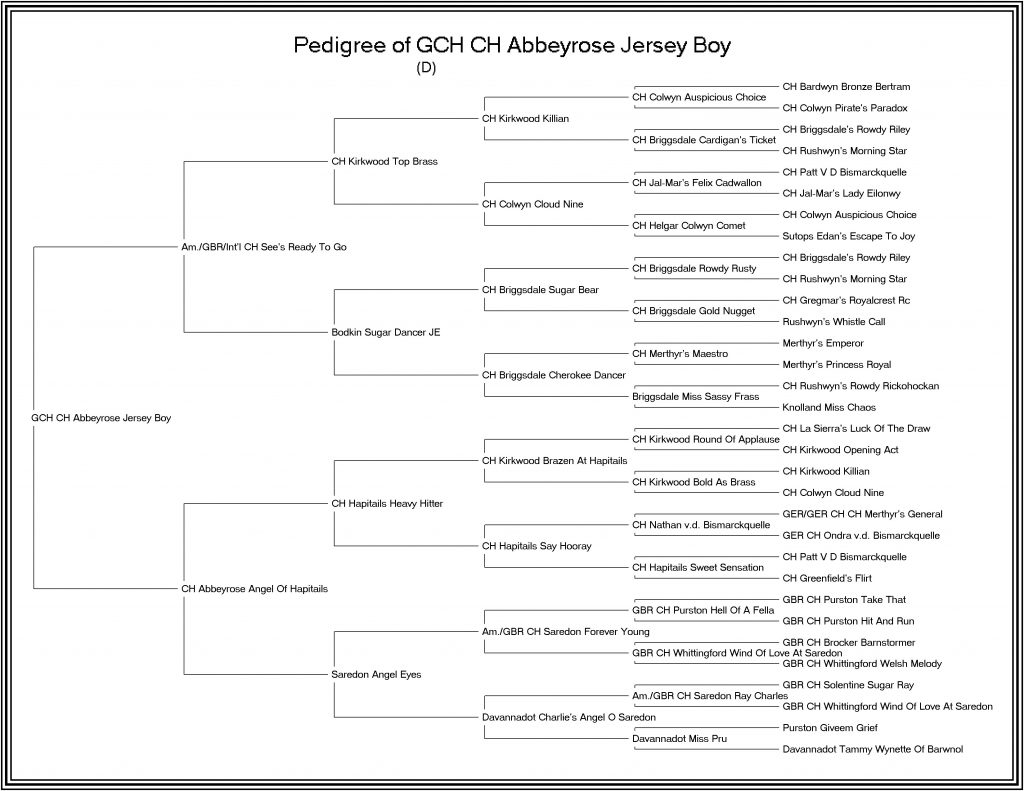 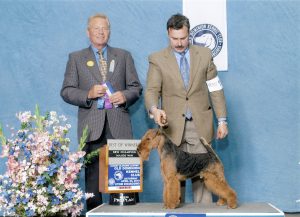