After taking a year off from the show ring, Winston finished his US championship in style with a clean sweep at the prestigious fall 2015 shows. He was winners dog at the historic Morris and Essex Kennel Club show under breeder judge Mr. Richard Powell and winners dog and best of winners at Montgomery County Kennel Club (the biggest terrier show in the world) under breeder judge Mr. R. C. Williams. He also went winners dog at both Hatboro 1 and 2 and best of winners at Hatboro 2.  Winston was conditioned and handled to perfection by the team of Leonardo and Jody Garcini and is available at stud to approved girls. He is at home in Indianapolis with Judy and Gigi (GCh Abbeyrose Black Diamond). 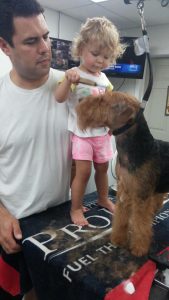 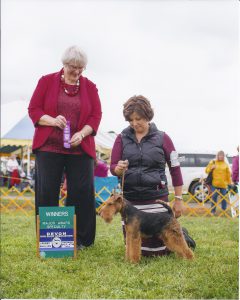