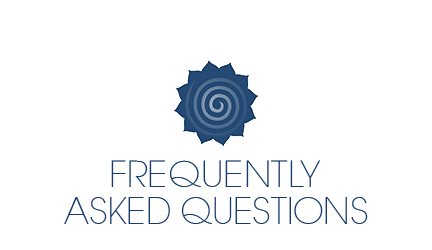 "What is your application process?”

Prospective owners should provide a completed copy of the Prospective Owner Questionnaire. Upon receipt of the questionnaire, we will contact you via email to acknowledge receipt and to discuss your application. If you do not receive a response within 48 hours, please check your junk or spam folder! Your application will be held until a litter is born, at which time we will contact you to schedule an in person or telephone conversation to exchange additional information. If we are a good match as breeders for your puppy, you will be placed on a wait list and asked to leave a deposit.

"Do you currently have puppies or adults available for placement?”

We typically announce the availability of puppies and adults on our website, but you are welcome to contact us to ask about current availability.

"What do you charge for a welsh terrier puppy or adult?"

Pet puppies are $3000. The price for show puppies and adults varies based on terms.

"Do you ship puppies?"

No. We will not ship a puppy

"What are the requirements for potential owners of Abbeyrose Welsh Terriers?”

Potential owners of Abbeyrose Welsh Terriers must be willing to follow natural rearing principles, including feeding a species appropriate raw diet and thoughtful vaccinating. We also encourage owners to consider the use of holistic approaches to disease prevention and management, when possible.

Yes, we maintain a wait list for puppies. To be placed on the wait list, prospective owners must complete our Prospective Owner Questionnaire and leave a deposit.

"How often do you have a litter of puppies?”

We typically have one or two litters each year.

"Why would you have adults or adolescents available for placement?”

Adults or adolescents available for placement might include dogs who were being grown up as show prospects, dogs we have decided to place after finishing their championships, or dogs we have previously placed but are now rehoming because of a change in the original owner’s life situation.

"What is the History of the Welsh Terrier?

According to Julian Calder and Alastair Bruce, authors of a compilation of the oldest of everything throughout the British Isles, the Welsh Terrier is the oldest British native dog breed. During the early days, the Welsh was a scruffy-looking working terrier, whose coat was perfectly suited to the sporting life, as it consists of two layers of hair — an undercoat that insulates and an abrasive fur on top that protects against dirt, rain, and wind.

There are various views on the origins of the Welsh Terrier. Most agree that it is a descendent of the old English wirehaired Black and Tan, which can be traced to the early thirteenth century. Black and Tan terriers, along with other terrier breeds were used for hundreds of years to hunt fox, rodents, and badgers. More recently, Welsh Terriers have been bred primarily for companionship, though some continue to participate – officially or unofficially – in activities for which they were originally bred. Welsh of today are well-known for keeping their homes and yards free of small vermin!

The first Welsh Terriers of record were imported to the US in 1885. The Welsh Terrier Club of America was formed in 1900.

"How can I learn more about the Welsh Terrier Club of America?”

The WTCA is a national breed club of the American Kennel Club and can be found at the Welsh Terrier Club of America website. The objectives of WTCA are:

We encourage you to visit their website and to consider membership in the WTCA. The WTCA offers a free 1-year (4 issues) digital version subscription to the Welsh WAG to individuals purchasing a Welsh Terrier from a WTCA club member. The WAG is the official ‘newspaper’ of the WTCA, where you will find a wide variety of information about Welsh Terriers, our members, and the club. If you obtain a Welsh Terrier from us, we will submit your name and email address to the WAG editor to activate your 1-year free subscription.